I want to take this opportunity to thank you for your wonderful care during my pre-op and surgery. I want to make sure that your staff know that I appreciate the professionalism, patience, and care given to me.

Your Partner in Selecting the Best Procedure for Superior Results

There are several breast reconstruction methods, and the many options available can feel overwhelming during an already difficult time. The team at Vega is committed to ensuring that each patient understands their options and feels comfortable and confident in the decision they make. 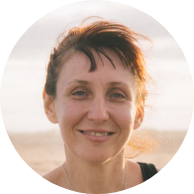 Heartfelt thanks for all that you have done to help me through such an emotionally traumatic time. I feel that I have been blessed to have such a gifted surgeon. What you do for breast cancer patients is amazing and I thank you for your dedication. — Teresa

The Right Reconstruction for You

Everyone has a different story and different options for reconstruction. For example, thinner women are typically not ideal candidates for flaps, while implants aren’t recommended for women who will be having radiation. Some surgeries are performed at the same time as the mastectomy, while others occur several months later.

The information included here will help you understand the methods available and the advantages and considerations of each.

Reconstruction of the breast using a saline or silicone permanent implant is one option. This is performed in two stages. The first stage involves placement of a tissue expander underneath the pectoralis muscle. This is typically done at the same time as the mastectomy. Over the following few weeks, once your incisions are well healed, we expand these “balloons” through a small port accessible right underneath the skin with injectable saline. Once you have reached a size that you like, we schedule you for the second stage, removal of the expander and placement of the permanent implant.

The initial surgery takes approximately 1-2 hours in addition to your mastectomy surgeon and depending on whether we are reconstructing one or both of your breasts. The initial hospital stay is usually 1-2 days.

For the second stage surgery where we remove the expander and place a permanent implant, you can return home that same day. This second surgery takes only an hour or two. The total recovery time for implant reconstruction is 3-4 weeks for the first stage and approximately 1 week for the second.

Autologous tissue reconstruction is offered to patients through two different techniques, a pedicled (or attached) flap or by a free flap microsurgical technique. A “free” flap is named as such because in order to perform this operation, tissue is freely removed from another part of your body for reattachment.

On average, operating time for flaps is 4-8 operating hours, depending on if we are reconstructing you with one or two breasts. You will always spend at least two to three days in the hospital for the nursing staff to monitor your new tissue reconstructions. Most patients are completely happy with their first surgical results and a few require revisions, but you can expect to return to full activities within 2-3 months. Learn more about various free flap types below. 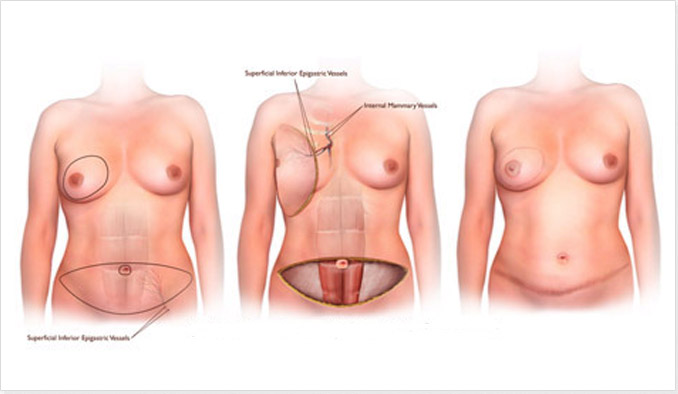 This is the best but least frequently used of the flaps for breast reconstruction, using tissue from the lower abdomen. The vessels used for this flap run in the subcutaneous fat of the lower abdomen and are very small (half the size or smaller than the DIEP), making it a higher risk operation. About half of the patients who seek breast reconstruction do not have these vessels, but, when they are present, they can be used and provide for a completely natural breast mound without any incision into the muscle of the abdominal wall. This is a commonly used flap in cases where natural tissue flaps are used for both breast mound reconstructions. 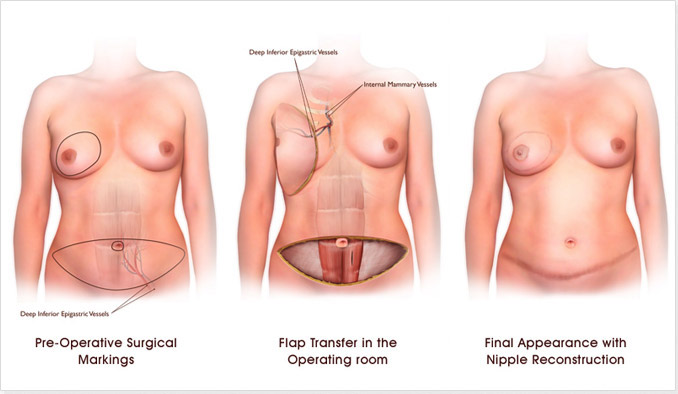 DIEP is a now commonly used flap by microsurgeons to reconstruct a breast mound. This flap is composed of tissue taken from your lower abdomen (the same tissue taken in a “tummy tuck”), to make a breast mound. It consists of skin and fat only - no muscle is used. Because of this, the abdominal wall will normally remain strong and have good muscular tone. This is a more complicated flap to perform than the pedicled or free TRAM because it involves increased dissection of the flap vessels to save muscle and abdominal wall function. Not all patients are candidates for this procedure, but if you are a candidate, this will usually make your long term recovery from surgery easier. 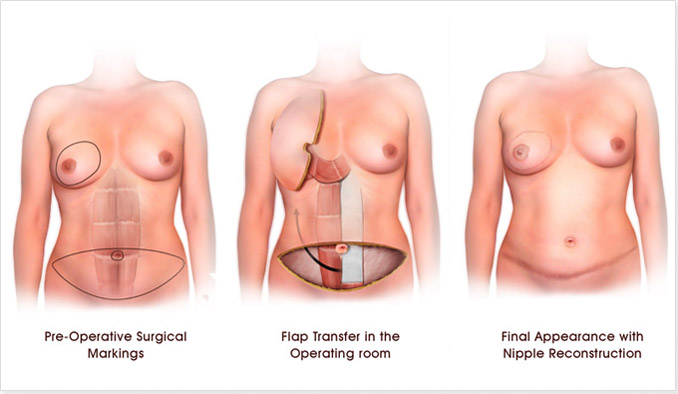 The TRAM flap consists of the skin and fat from the lower abdomen and a portion of the Transverse Rectus Abdominis Muscle. This muscle is also known as the “six pack” muscle of the abdomen. Because this muscle carries the blood supply to the skin and fat of the lower abdomen this is commonly used to reconstruct a breast mound. Traditionally this procedure was performed by flipping the muscle up to the removed breast site without disconnecting the blood supply.

Today this procedure is most often performed as a muscle sparing free TRAM flap. This means that instead of taking the whole muscle and flipping it up, the skin and fat is removed from the lower abdomen (like a tummy tuck procedure), with a small amount of muscle, hence “muscle sparing”. This makes the reconstructed breast mound easier to mold into a breast and gives it more reliable blood supply which can be used in most patients who desire this reconstruction. The blood vessels (which happen to be the same ones used in the DIEP flap) are then micro surgically reattached to vessels in your chest to give you a new breast mound. In the long run, the outcomes from this operation for breast reconstruction are more natural than those obtained by implants alone. 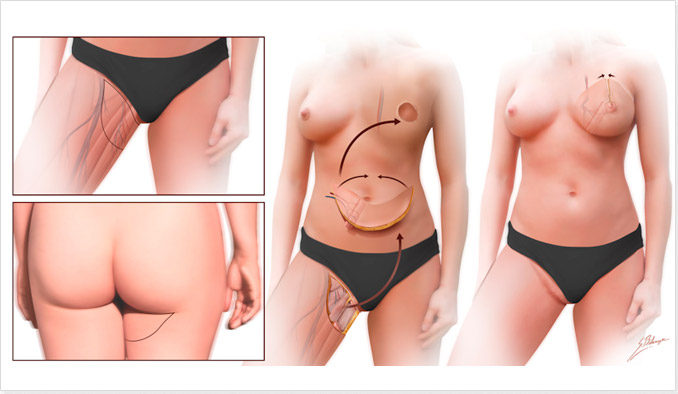 The big advantage of this flap is that there is no abdominal wall incision making the recovery faster for the patient. The TUG also has the advantage of giving the patient natural breast mounds through a concealed hidden incision. Because of the redundancy of adductor muscles in the inner thigh, the gracilis muscle can be taken for the TUG flap reconstruction without any functional impairment.

The advantage to using the lower abdominal tissue for surgery is that women get a flatter midsection, like a “tummy tuck”. In cases where women have excess lower abdominal tissue, this is a very good operation, because the reconstructed breast mound is natural feeling and projecting, and ages with you despite your body type. Sensation will never be normal, as your breast has been removed, but the flap will gain protective (temperature and pain) sensation over time. Because it is made of your own tissue, it is a very natural type of reconstruction. The recovery time for flaps is often 6-8 weeks.

Unlike abdominal tissue flaps, TUG flaps have the added benefit of giving you a natural breast without leaving you with any functional deficit. Besides, the gracilis is a redundant muscle of the adductor muscles in the thigh. Recovery time for a TUG flap is closer to 3-4 weeks.

A nipple-sparing mastectomy is a way to remove breast tissue and save the breast skin and nipple. This allows the woman to maintain her nipples, in which the traditional mastectomy does not. The nipple-sparing procedure removes cancerous breast tissue, and removes the ducts and tissue behind the nipple. The surgeon leaves most of the breast skin, creating a natural skin envelope, or pocket, that is filled with a breast implant or with the patient’s own tissue from another part of her body. The nipple-sparing techniques significantly improve the cosmetic outcome and gives a nice option for patients but not appropriate for all patients. 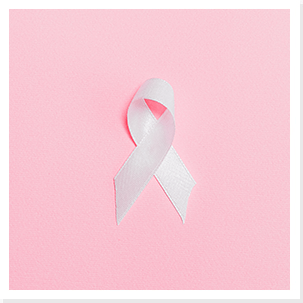 The new nipple can then be tattooed to add color and create the areola around the nipple. Melanie Morreale is our recommended tattoo specialist. 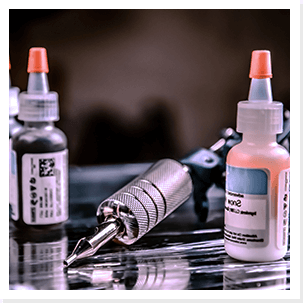 3-D nipple tattoos are a non-surgical option and offer very realistic results. This is accomplished by real tattoos that use oscillating needles coated with pigment. This approach essentially creates a “picture” of a nipple and has no physical dimension, but it can look quite real. Learn more about our recommended tattoo specialist, Melanie Morreale, below.

It’s our goal to make sure all of our clients are cared for and comfortable with the decisions they make with our staff. Learn more about the team of dedicated specialists who will be working with you during your reconstruction. 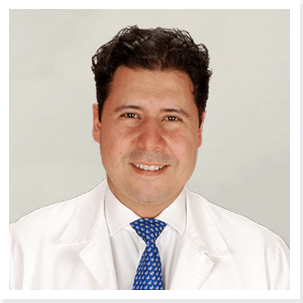 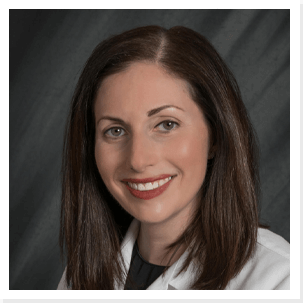 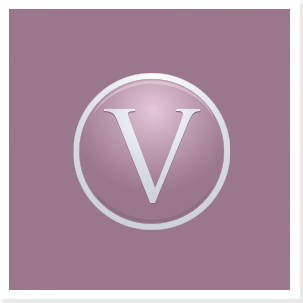 What to Expect Before & After Surgery

You will meet with Dr. Vega’s staff to discuss your medical history, desired results, and options. You will then meet with Dr. Vega to review the methods available and select the one that will give you the best possible result.

One week before surgery you will meet with Dr. Vega's staff for a pre-operative visit. You may be given prescriptions to fill; we may also take “before” photos. As always, we will answer any questions and discuss any concerns so that you feel completely confident as your surgery approaches.

One day before your surgery, confirm the arrangements for your procedure (including transportation) and to prepare your home for a relaxing and comfortable recovery. On the day of surgery, you will meet with Dr. Vega again. He will review your procedure with you and perform an exam to confirm that you’re in good health for your surgery.

Please plan to arrive early to check in and prepare for your procedure. You can expect to remain in the recovery room for several hours following completion of the surgery. When you get home, start taking your pain medication and antibiotics, and limit your activity for at least the next 24 hours.

Dr. Vega will outline a recovery plan specific to your surgery. We will schedule follow-up appointments as necessary throughout your recovery. Dr. Vega will assess your healing, remove or change dressings, and document your results. Based on your progress, he will also let you know when you can expect to resume normal activities.

Schedule a consultation to learn more about your breast reconstruction options.

A member of
ALLIED

Now take care of yourself and get rewarded!

Earn 5% credit on every Spa purchase, including gift cards.
Valid for purchase of products and services; not valid for surgery. 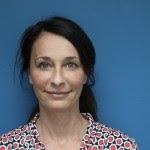 Hello, my name is Melanie Morreale. I attended art school in 1992, majoring in graphic art. Some of the things I loved were color theory, photography and illustration. I started my tattooing apprenticeship while in school and began working full time as an artistic tattoo artist right after college.

In 2000, I opened Rite of Passage in Victor, NY and have been doing my artistic tattooing ever since. I love what I do and that I get to know so many colorful clients. Beginning in 2002, I started doing medically supervised work such as permanent make up, camouflage, and corrective tattooing. I have found that this has been some of my most rewarding work. It has been a great pleasure to work with patients. I enjoy my areola work the most due to the dramatic difference in appearance and the importance of the procedure. I am so grateful to have the opportunity to feel like I may possibly make a difference for these women. I look forward to working with Vega Plastic Surgery as their tattoo artist and am happy to join their team.